Discover how CableGuardian was used to quickly identify fault locations on the West Coast Main Line Signalling Power System at Euxton ASC, enabling a swift repair and avoidance of costly train delays. You can also view or download this case study as a pdf here.

On 7th August 2019, Viper Innovations received a request for assistance from Network Rail London North Western. They were experiencing extremely low Insulation Resistance (IR) on the West Coast Main Line at Euxton ASC, consisting of 6 feeders across 11 miles. A sudden drop of the signalling system Insulation Resistance caused an alarm to be raised to Network Rail by their Intelligent Infrastructure. Low IR means that the signalling system was at risk of failure and, therefore, it was critical to locate the fault and make repairs as soon as possible to avoid costly train delays. Network Rail had subsequently attempted to locate the fault using an existing IR fault detection system. However, the equipment had proved to be highly ineffective at determining the location and, in fact, had pointed the Network Rail team to the wrong feeder and cable sections which wasted crucial time.

The Viper team mobilised on the morning of 10th August 2019 and, using CableGuardian in a Tier 2 configuration temporarily connected to the 650V SPS, the fault was isolated to 2 suspect Feeders within only 1.5 hours. Additional testing was then conducted on the 2 suspect Feeders by temporarily connecting CableGuardian units to a number of location cases forming a Tier 1 configuration. This resulted in the fault being isolated to a 1 mile long Sub-Network Section within 3 further hours. Due to Network Rail time constraints, it was not possible to conduct more tests to isolate the fault to an even smaller section of the SPS on the day. However, CableGuardian had significantly reduced the fault location down from 11 miles across 6 Feeders to just 1 mile on 1 Feeder, allowing Network Rail teams to focus their efforts.

Find out more about CableGuardian > 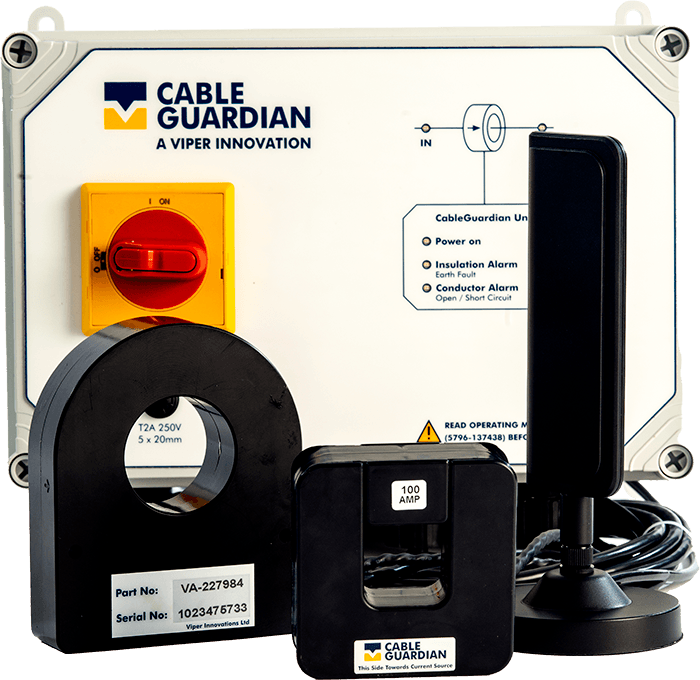 On the night of 10th August, Network Rail conducted a ‘Megger test’ on each of the suspect cables and location cases in the 1-mile section of the North Feed identified by CableGuardian earlier that day. Two sections of cable exhibited a Low IR between at least one of the cores to earth. It was also reported that there was a location case with a low primary to earth reading on the transformer. Network Rail’s findings confirmed 3 faults were present within this 1-mile section of the SPS.

By assembling all kit required to respond to the request for help and mobilising to the affected ASC, Viper Innovations ensured a swift repair and avoided costly train delays for Network Rail. Using CableGuardian, the Viper team were able to narrow down the fault to within approximately 10% of the electrical network very quickly (within 6 hours from arrival). CableGuardian was able to provide Network Rail with information that changed their fault-finding strategy and therefore allowed them to find the fault very quickly. 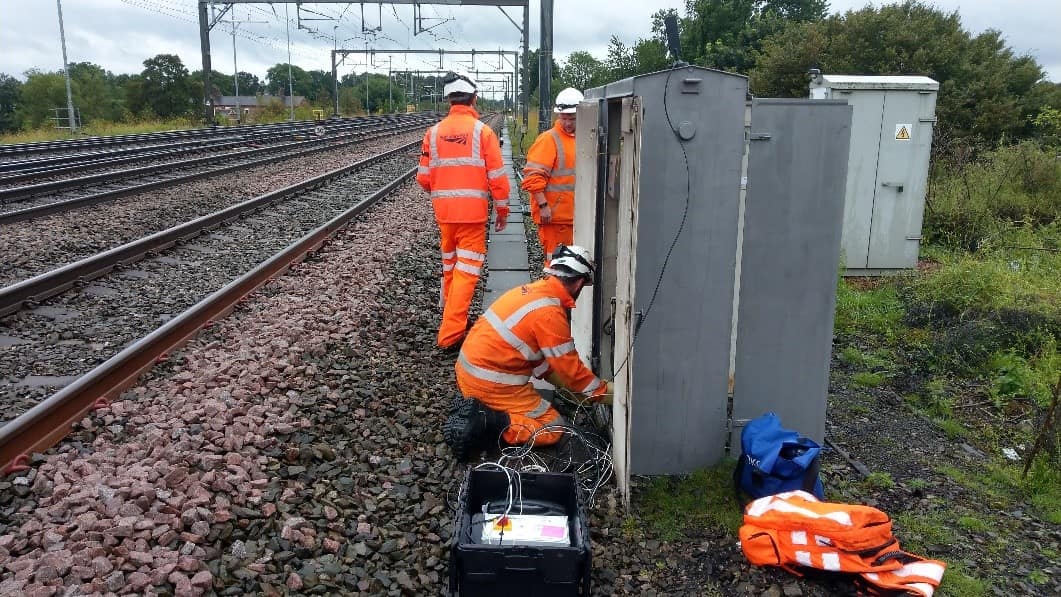 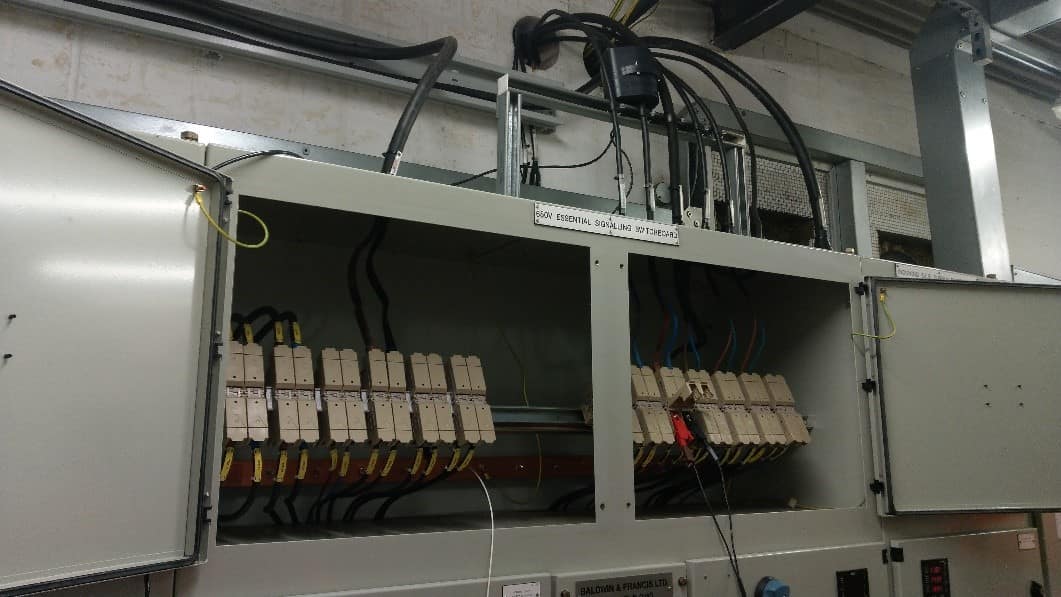 The above picture shows the 650V Feeder supply equipment in the Euxton ASC with a CableGuardian unit connection harness clipped to one set of Feeder terminals. The white wire is connected to the Main Earth Terminal Busbar within the ASC which provides a “Functional Earth” electrical reference for the CableGuardian Insulation Resistance measurements.

Network Rail personnel commented on the ease with which the CableGuardian equipment could be installed and used for this type of testing. The use of good safety and engineering practices, alongside appropriate Personal Protective Equipment (PPE), ensured that no safety concerns or issues resulted from the methods used to temporarily connect the CableGuardian equipment to the SPS. Therefore, this Case Study has demonstrated that CableGuardian can provide a reliable and trustworthy system for reactive fault finding in addition to the proactive benefits CableGuardian is becoming known for in its permanently installed monitoring system configuration. 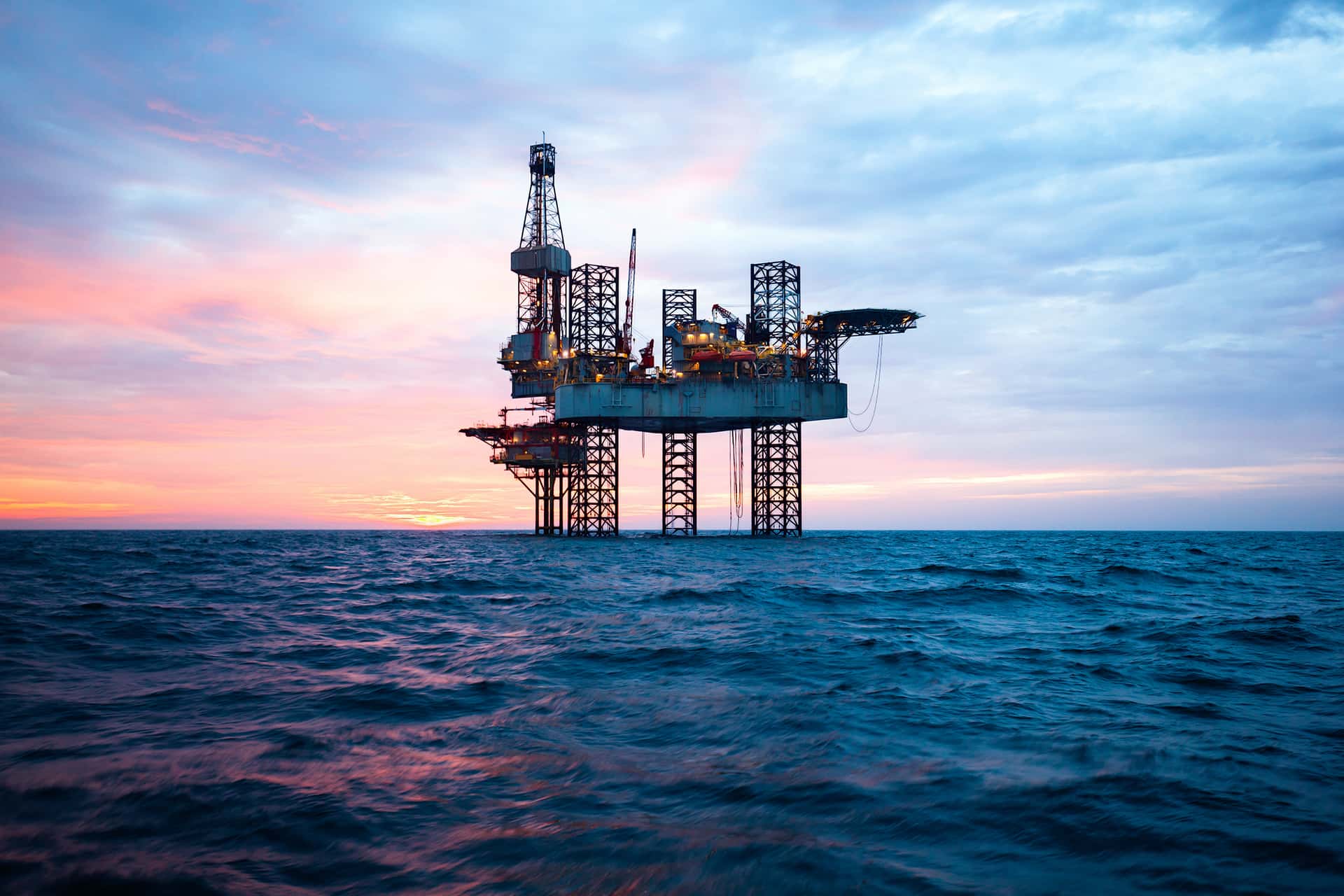